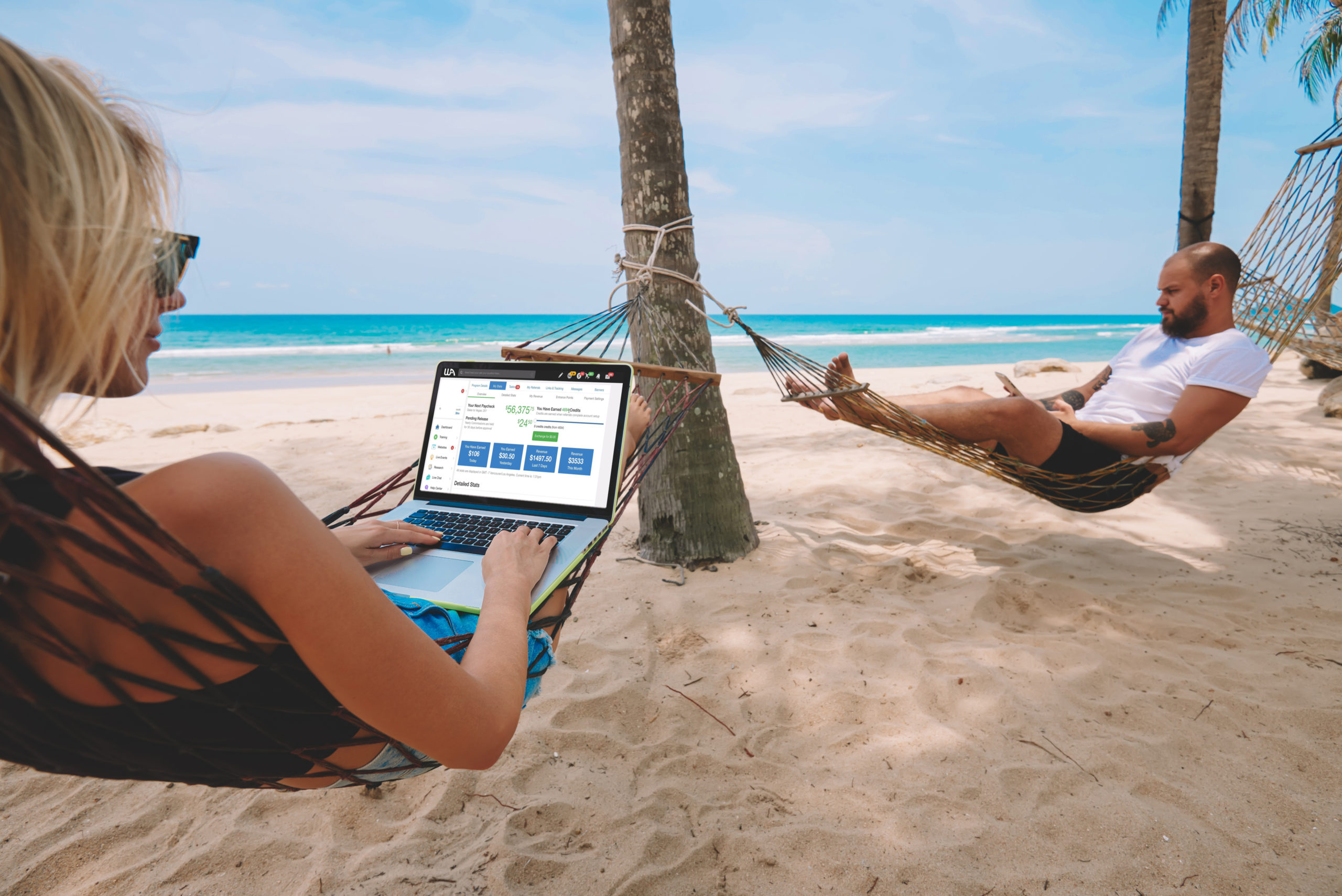 ­Are you searching for a way to make long term money online? Residual income can eventually build wealth. Whether you’re new to making money on the internet or you’re simply looking for ways to expand your empire. Here are the top ways to generate a passive income online.

1. Selling advertising on your site.

The idea here is to publish content that ranks for competitive search terms on Google, attracting a continuous stream of traffic, and then sell banner ads to businesses who would like to reach those people.

Of all the different strategies, this one is the most passive, but it also requires lots of traffic to generating meaningful income. For example, a site getting 10,000 visitors per month might only earn $50-100 per month.

So, if you were planning to make enough money from advertising to quit your job, you can probably forget it. It takes too much traffic. In fact, one of the other methods below will almost always make you more money on a per visitor basis. Nevertheless, this is a legitimate model, so it deserves to be on the list. 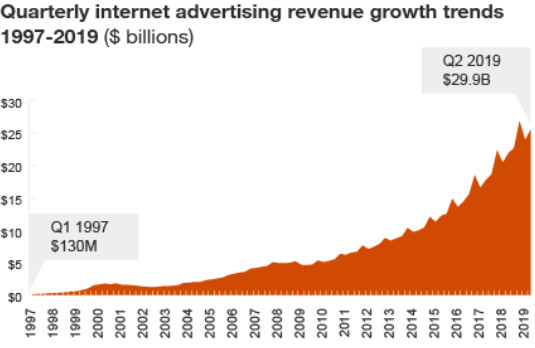 Similar to selling advertising, the goal is usually to rank for competitive search terms, but instead of selling advertising, you endorse different products your audience might be interested in, and whenever someone you refer buys, you get a commission. It’s kind of like the next generation of Amway, except instead of referring your friends and family to buy the products, you refer strangers who visit your website.

If you do it well, you can earn a lot of money. For instance, Pat Flynn is on record for earning over $100,000 per month in affiliate commissions. While that’s certainly unusual, I know quite a few people who make a few thousand dollars a month from it, and in my opinion, it’s the best model for a beginner. One of the best places to learn this skill is Wealthy Affiliate. My full review of WA is here.

Another variation of this model is to pay for advertising and then earn affiliate commissions from people who click on the ads. Years ago, when advertising on Google and Facebook was cheap, lots of people made a lot of money this way. Nowadays, it’s still possible, but it’s much more difficult, and you must be much more sophisticated. Nevertheless, because it’s still a viable approach, especially in certain niches. 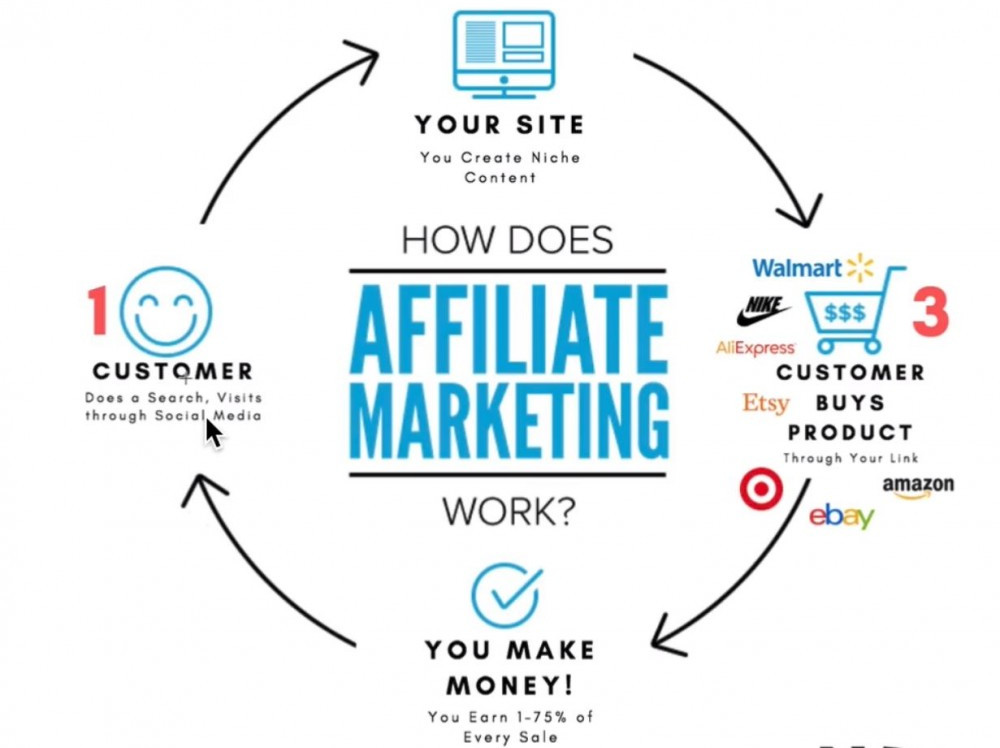 Here, you set up an online store, but instead of selling your own products, you sell products from other companies, you submit the order to them, and then they deliver the product to the customer. It’s called “drop shipping,” and it’s more common than most people realize. You’ve probably purchased items delivered via drop shipping and didn’t even know it.

It can be quite profitable, especially in niches where you have high profit margins and low shipping costs. Vitamins and cosmetics, for example, are two popular drop shipping industries. Anyone can theoretically start a “store” and have dozens or even hundreds of products to offer within a matter of days.

You have to find a way to differentiate yourself from everyone else, but if you can, the income can be relatively passive. Chances are, you’ll still have to deal with some questions and complaints from customers about other people’s products, which can be quite a headache, but you don’t have to deal with manufacturing, warehousing, shipping, or any of the other headaches of creating the product yourself.

Chances are, you’ve seen all the buzz about creating your own online courses, membership sites, e-books, online events, and whatnot. Collectively, these are known as “information products,” and selling them is one of the hottest online businesses to start right now.

Technically, the margin is close to 100%, because you have no product creation or distribution costs. You do everything online. You can also create the product once and then sell it to hundreds or even thousands of people, creating a stream of revenue that can last years or even decades.

The downside: it’s difficult to get started. While information products are typically pitched as a “side project,” it’s more like starting any business. You must learn how to create products people want, promote them, support your customers, do your finances – everything businesses deal with.

It takes a special kind of person to wear that many hats, and in my opinion, the current positioning in the information marketing industry of “anyone can do this” is just nonsense. Individuals who have been successful creating information products is a driven, uber smart entrepreneur. If you’re one of those people, you might consider it. If not, look elsewhere. 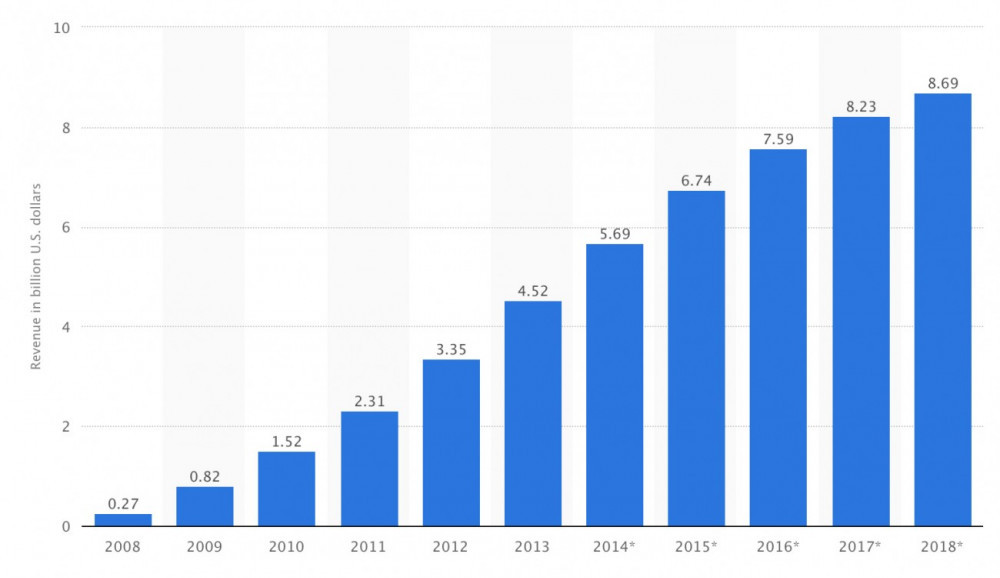 In the past, most people wouldn’t have considered selling software to be a source of passive income, but that’s changing. Thanks to tools like Bubble, creating simple web or mobile apps is easier than ever before. You can do a lot without knowing how to code or hiring a developer, and in the future, I think that’s only going to become more and more true.

Now, does that mean you’re going to develop the next Google in your spare time? Probably not, but you might create a simple app that makes you a few thousand dollars a month. I know quite a few people who have done it, and I even have a few friends who have become millionaires in the software business.

Once again, though, it’s like starting any company. While you might not necessarily need to know how to code, you do need an entrepreneurial mindset, work ethic, and personality type, and you’ll probably struggle for years, going through a string of failures before you finally get it right. If you’re successful, though, the passive income potential is enormous. And have fun in the process!